JackTheWriter said:
Inspect the pedestal for clues about the orb (now armor) 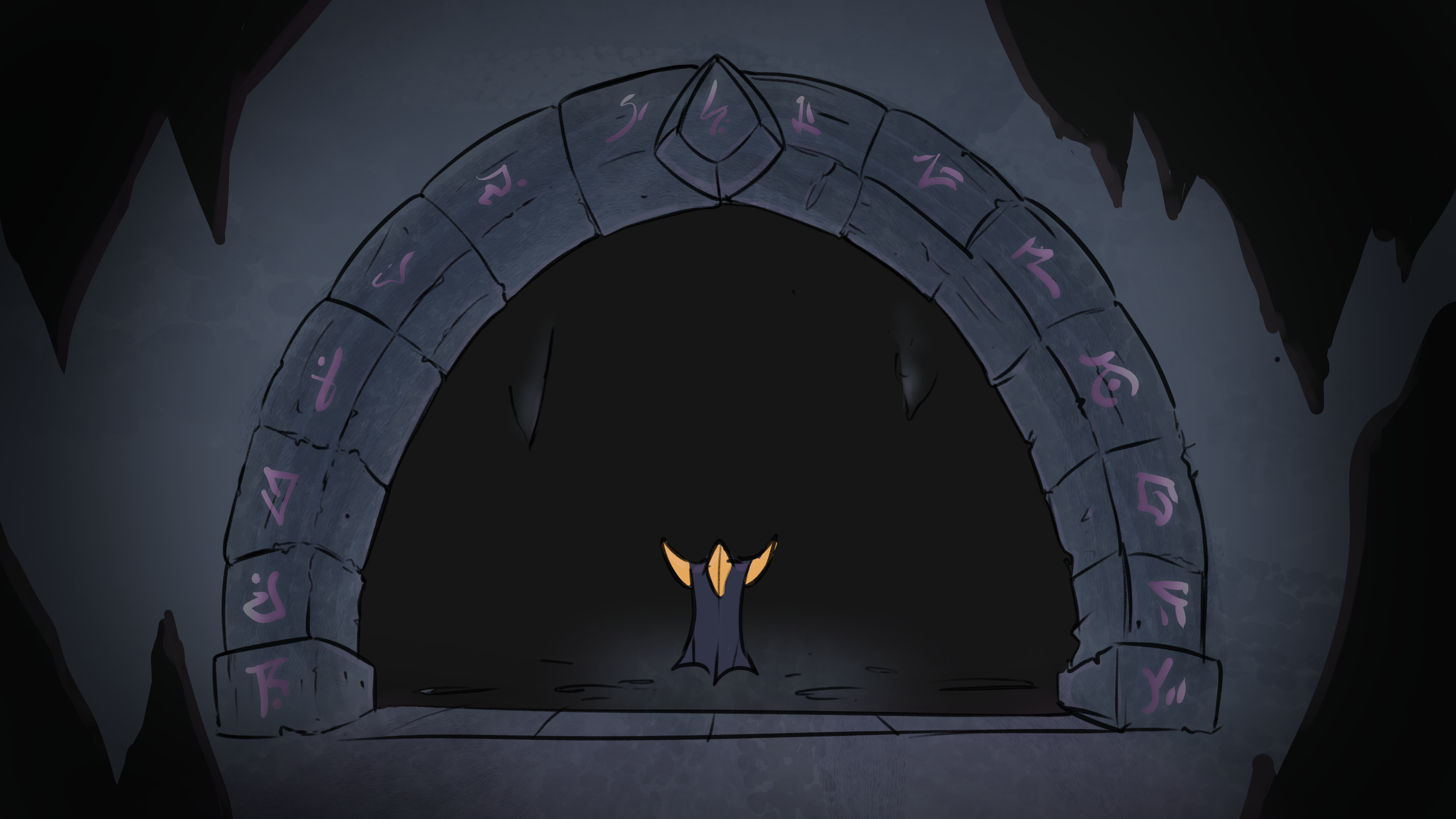 Seems the orb has disappeared after you touched it, it must’ve been what caused this whole mess in the first place!

Huginn said:
Take the card and try to find a place to keep it.

You took the card and put it in the only place you could think of… Your inventory. The card seems to be simply the item’s description though. 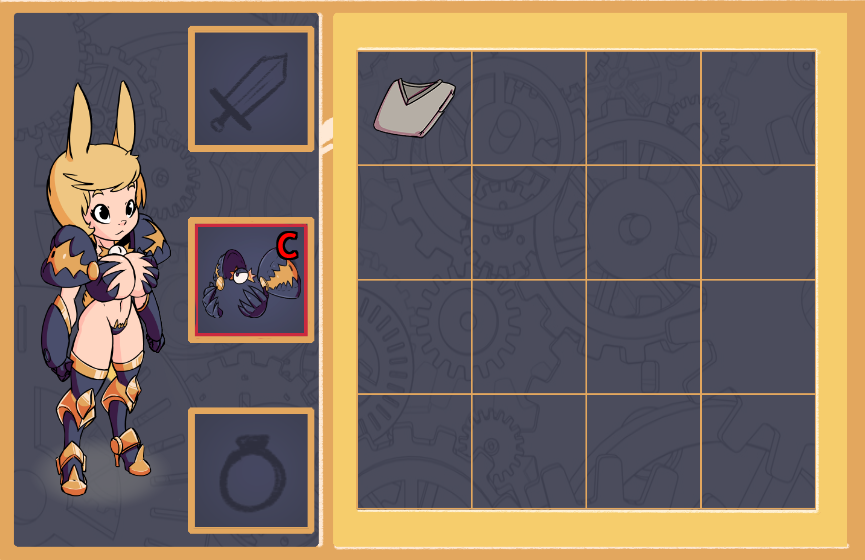 The C must mean that the armor is cursed, so that’s why you can’t remove it…

And hey, there’s your clothes!

Philote said:
Ok, we have some stats for the chest. What about the panty area, any bonuses from them or the rest of the pieces?
Dark Master said:
Any powers or new additions this armor can give? Say a dick transformation or built-in strap-on functionality? 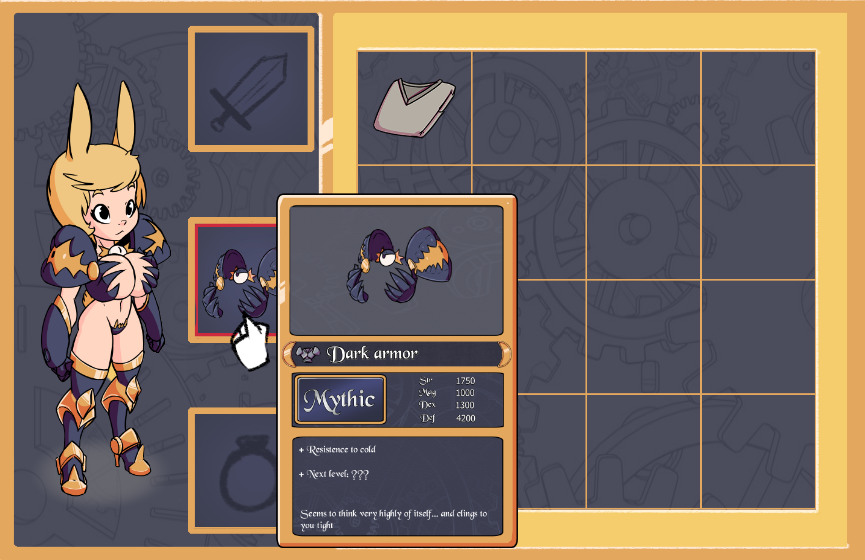 You only have a single armor slot, so you think it must account for the whole outfit, as for other powers, it seems that the only thing it does now is give you resistance to cold, which is great, considering you’re almost naked in the middle of the coldest place in the universe!

Eep said:
Talk to the little sprites - are they "with" the weird sentient armor, or are they something else entirely?
KinkyQuill said:
Okay, shoulder angels and devil time. let's talk to the angel first, find out her deal. We'll be likely ignoring her the most, since evil is more fun. 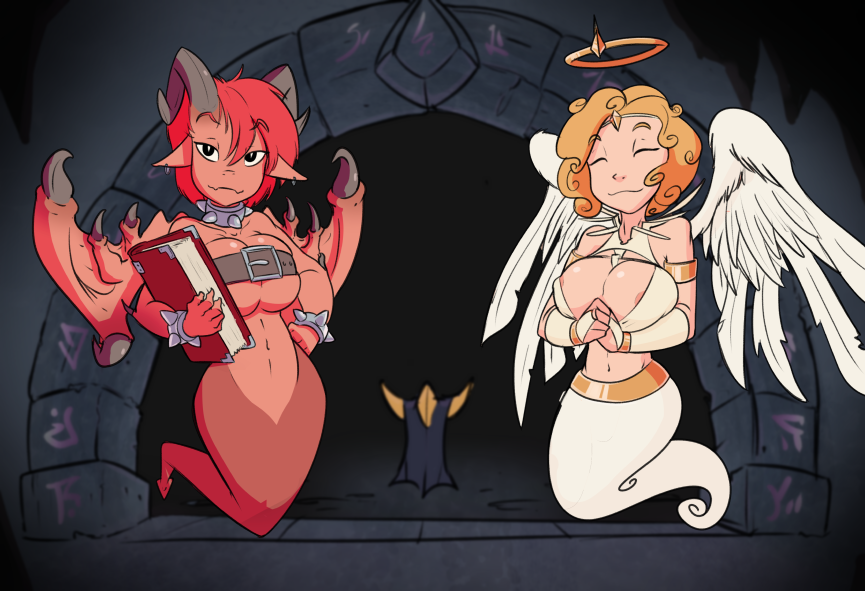 Hey! About time you perverts noticed us! You’re giving way too much screen time to that hot piece of ass!

Cinder! You should’t talk like that to the viewers! That part about ignoring me was mean though! don’t do that!

Previous
Enter the Advisors
Next