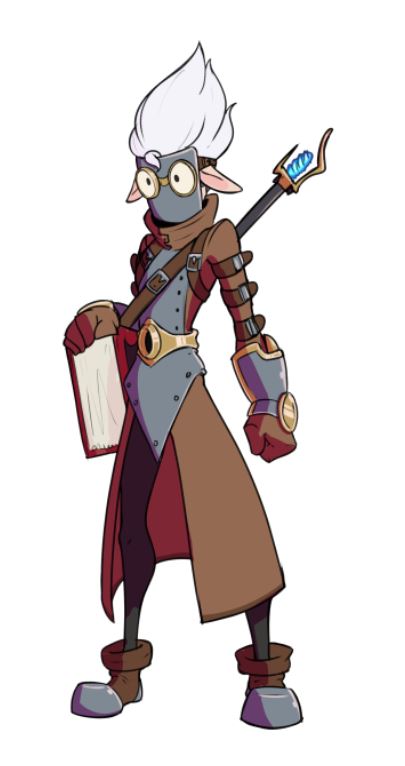 
Elgor is a wizard hailing from Selvanna’s Protectorate. Ever the seeker of the truths of the universe, they were banished from the island after being caught practicing “unsanctioned” magiks.

Being an outcast however only increased his drive to uncover the unknown, to look under the fabric of the universe itself. Since then they’ve been traveling from island to island, searching for secret magiks, spells, long forgotten rituals and, especially, history.

Their wandering eventually brought them to Gouda, famous for its ruins, Elgor tried joining several incursion groups, but none of them wanted to accept him on account of his personality. He spent long stretches of time in bars, looking for prospecting adventurers willing to take him along into the dungeons, which eventually brought him to know our little blonde bunny in a expedition with his bodyguard and friend death knight wolf  girl.