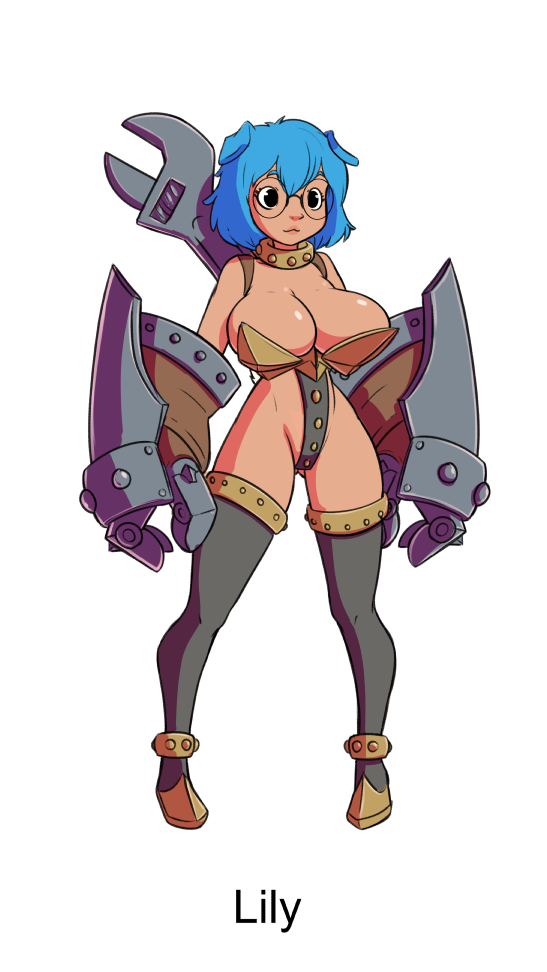 
Fascinated by ancient machines since she was a child, Lily joined one of the prestigious Academies in the Clockwork Research Society in hopes of learning more about them.

What she found however, was a school that taught only the best in state of the art technology, ranging from the inner workings of Azure Reactors to Coil-Powered weaponry. She learned everything they taught her, but her frustration soon boiled over, and she dropped out to become a wandering mechanic, going wherever rumors of new discoveries popped up.

She eventually settled down as a shipyard mechanic in the cold city of Gouda, where the ancient relic findings were plentiful and frequent, and she could often get a look at them in exchange for fixing the mercenary’s ships. In such a hostile environment, Lily met our Ophi, and soon became friends.