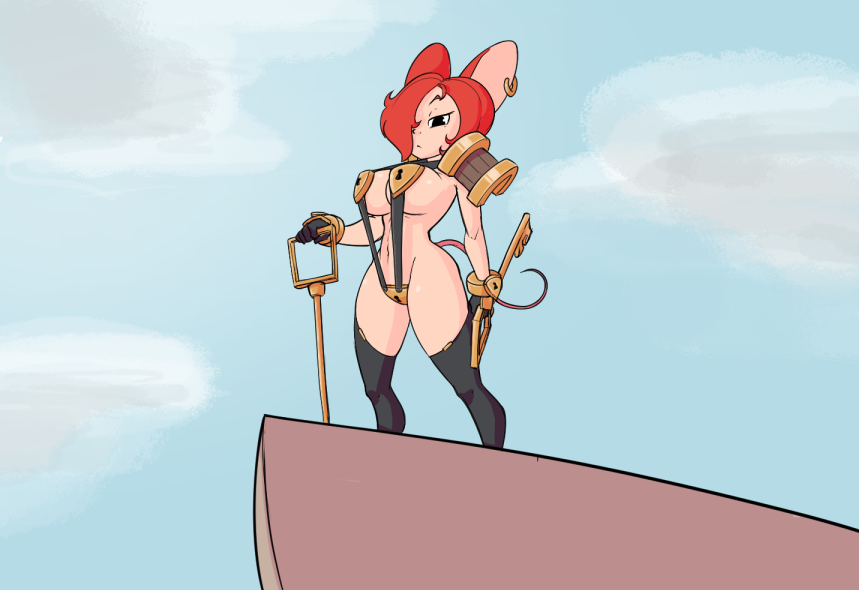 Leader of the Merchant's Guild


The true origin of Bleu is an utmost mystery to most of Lucernia, but it is known that she got her start as a ruthless pirate commander during an era of chaos for the outermost islands of the world. The opportunities for preying upon those who were too far away to be protected by the order of the central islands was too great to pass up. However, infighting and constant competition led to a difficult existence and Bleu devised a new strategy, forming an organization that would in many ways be comparable to a mafia group. She offered “protection” to others in the outlying islands in return for a sizable portion of their income, and this eventually made her very powerful and highly influential. Enough so that even Lucia herself acknowledged Bleu’s activities, and offered the mousekin a deal.

The details of this deal are known only between Bleu and Lucia, but they resulted in the formation of the city of Gouda, which became the center for commerce for the outer ring lands and fully solidified Bleu’s position as a de facto governor of the mostly lawless regions. Since then, Bleu has been on a focused campaign to locate and acquire as many artifacts as possible, and formed a research group. This pursuit of hers has become obsessive to the point that she coldly sets up contracts with locals that are intentionally impossible to fulfill, or easily able to be sabotaged through guile, forcing the clients into debt and allowing her to relocate them at her leisure, only for a team of relic hunters to move in shortly after. What exactly is she after? And what would it mean if she found it?