Hideout and move out!

Hm, it appears that it is once again time to narrate. Does this job include free tea?

Well, that was disappointing. Last time our dear bunny had set out on a mildly urgent quest to acquire access to a Gouda, the capital of this tundra of an island. While her work to erect the Tower of Sin(Trademark pending) was largely unbothered by Bleu, that was only because the cagey mouse was similarly allowed to recruit new heroes to her banner. A mage sniper of some sort, a holy person of another, and a weeb of the Naruto persuasion.

So now the buxom bunny is reaching out to an old smuggler she knew when she still ran a legal business. Mordred’s keen nose led the way to the old cave the crew used to work from, back when she wasn’t a Death Knight. 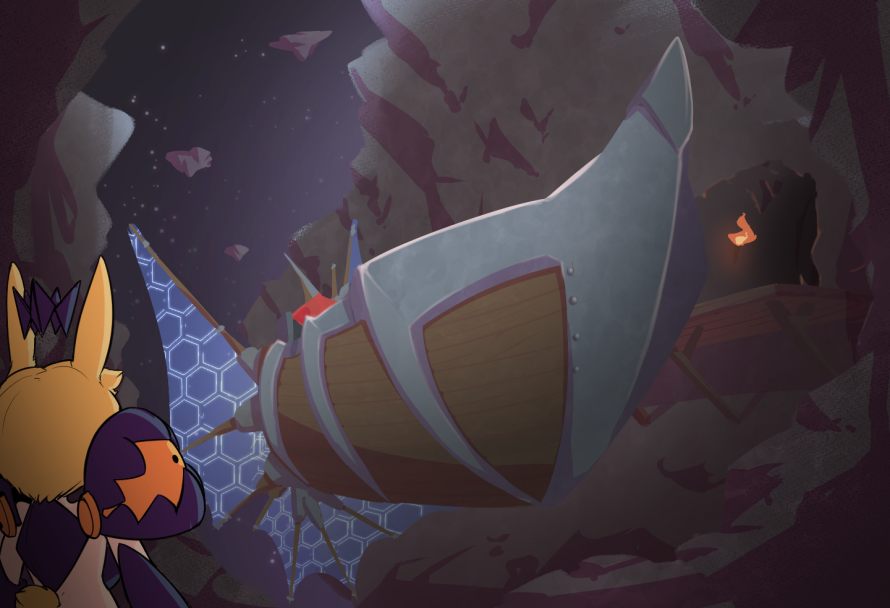 That is one serious warship…

This is nowhere near the ocean, how does it get out of this drydock?

Its a Flying ship Larhamal.

Oh my, magic has progressed this far since we went to rest.

But those wings are too small! A bird of that size would be landlocked.

Look at the blue glow, they are using air magic to stabilize the craft.

Not much stranger than skeletal bats flying boss. Maybe we-

Where is this smuggler Mordred?

Lula said:
That looks an awful lot like a pirate ship. I wonder if they know of any treasure that could help get you out of the red...

Wait no, I like these guys! They are cool and paid really well~

We aren’t going to attack potential allies, you can calm down Mordred.

That would be really bad, we want them to like us and help us.

CocaKoa said:
How did a dog not smell where the sniper was and tell that the ears were fake before getting close?

Hey! I didn’t know what she smelled like, so when I snuck up I didn’t realize she was there!

Knolden said:
Oh no Mordred got a bruised boob. Clearly she needs one of those healing fruits up her butt.... Just to be safe of course.
Magra said:
Morderd took a serious risk going after the sniper, she deserves a reward, perhaps in the form of some "alone time" with the Bunny Overlord~

Oh student, you have an opportunity to practice your magic~

Bend over Mordred and I’ll get you healed up right quick!

Ophi’s gathered mana glimmered with it’s own luminesce, casting dull shadows around the cave. With a pop, a bulbous fruit fell into her outstretched hand. It’s smooth flesh jiggled in the air. 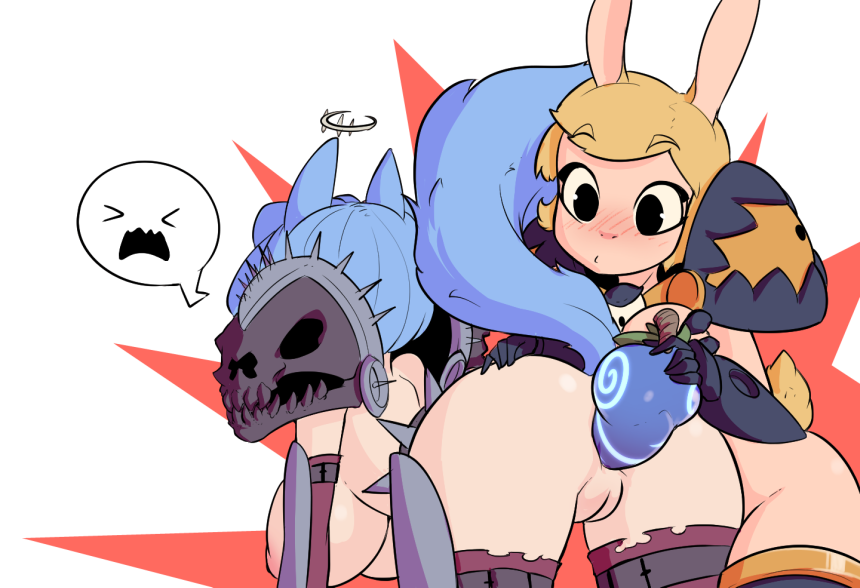 I think that’s as deep as I can get it.

Here, let me give it a good shove

Under Sapphire’s rough shove, the bulbous fruit bottoms out in Mordred’s tight ass. The wolfkin’s involuntary clenching burst the flesh of the fruit, dumping an entire creamy load in her. Shivers shoot up her spine as her health is refilled. She collapses in a blissful haze.

It never gets old watching you at work Sapphire

Maybe you could have bothered to learn real magic before we lost, hm?

Maybe we should meet these smugglers before enjoying ourselves?

Sure! Hey Mordred, where is the main door?

Genis94 said:
I get the distinct impression that these smugglers are gonna be happy to see a bunch of scantily clad ladies coming to them for help. And we don't exactly have much gold to offer right now. Welp, time to use those assets, ladies.
Bunnyana said:
Knock on whatever door they have and talk to the boss.

The echoing knock quiets the cave, drawing a bated breath. The sound of footsteps come from the other side, only a whisper to drift past the wooden door. 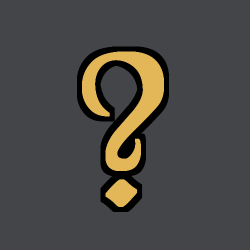 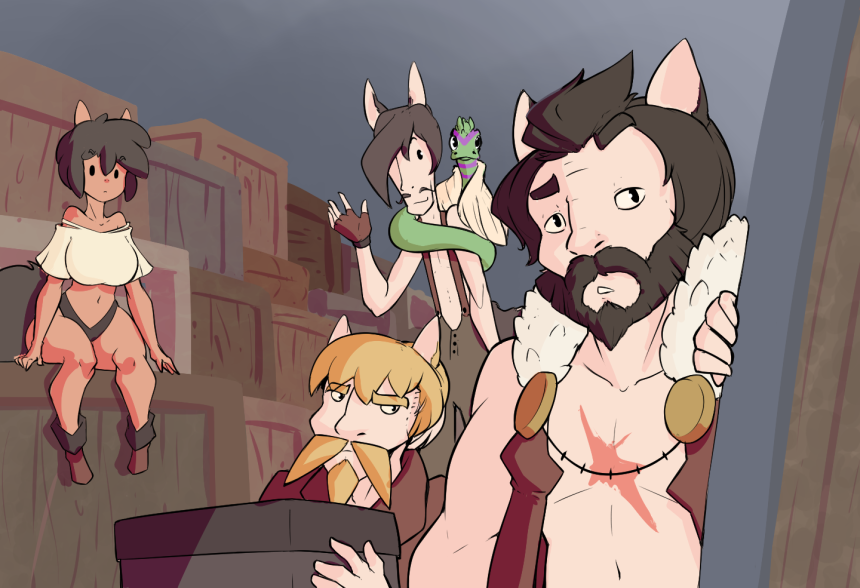 Mordred? Why are you here? And what’s with the creepy armour?

Wait is that the not so little bun?

Always happy to do business with you Ophi, need some illicit goods? Maybe want us to intimidate some dine and dashers?

Ah noble outlaws sailing under the cover of night, my kind of crew.

And the sword talks, how….

Come off it, I’m sure we can do business.

Of course, just weird seeing the pup like this 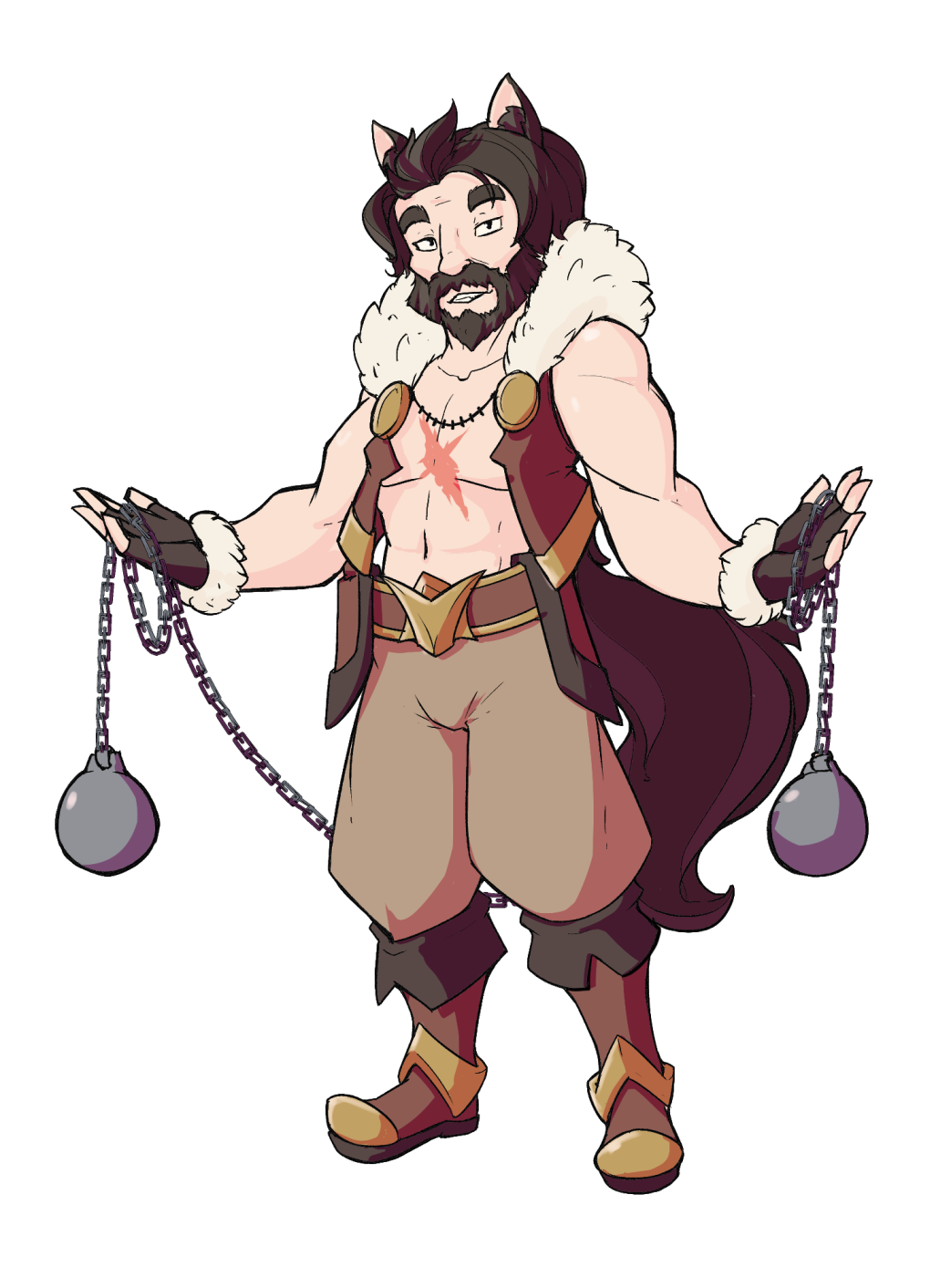 So Mordred’s friends, I’m Lupin, and I have my crew here with me. 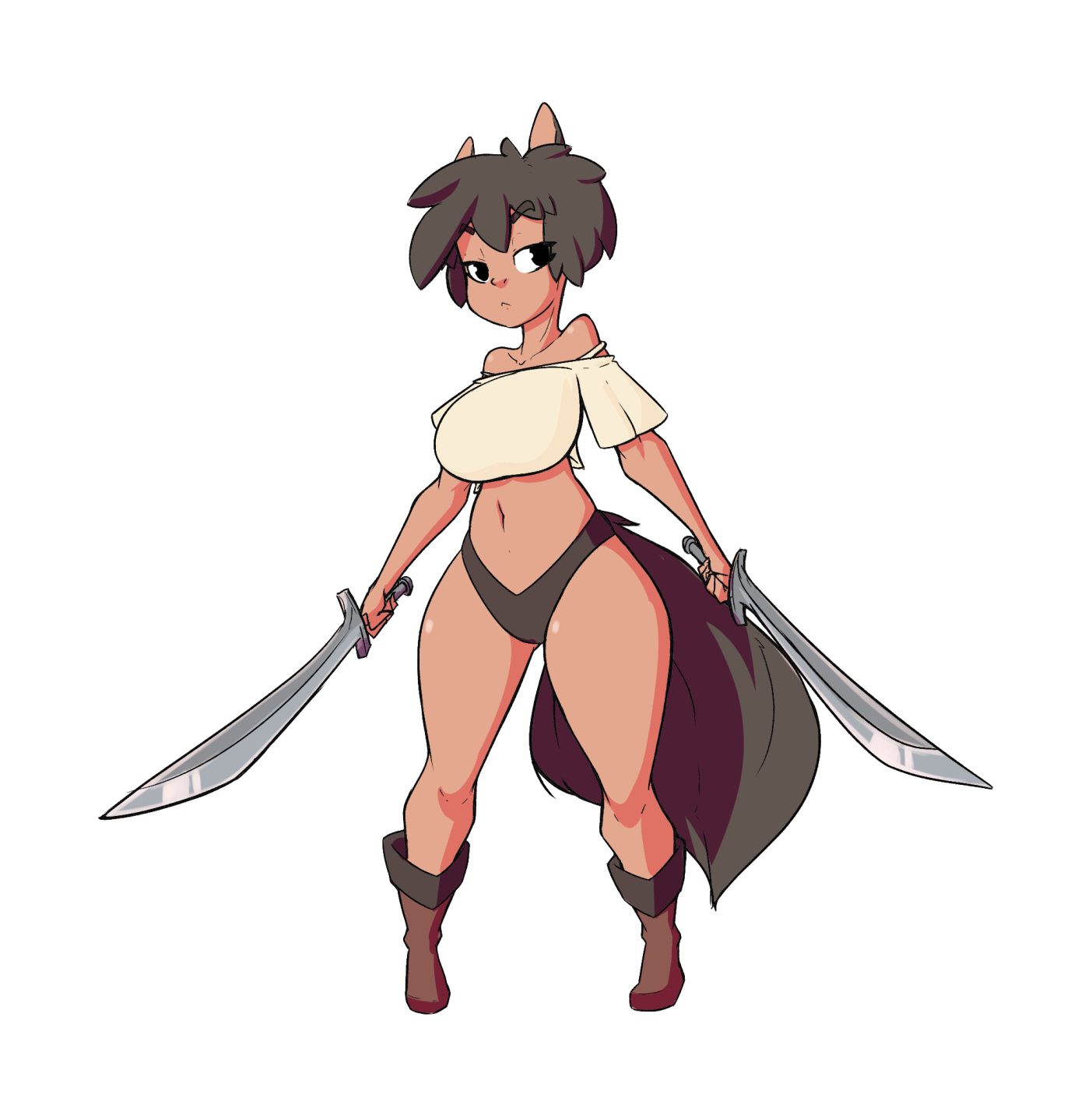 The thickest is Pudding, 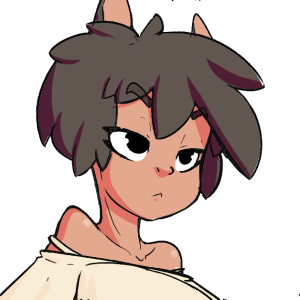 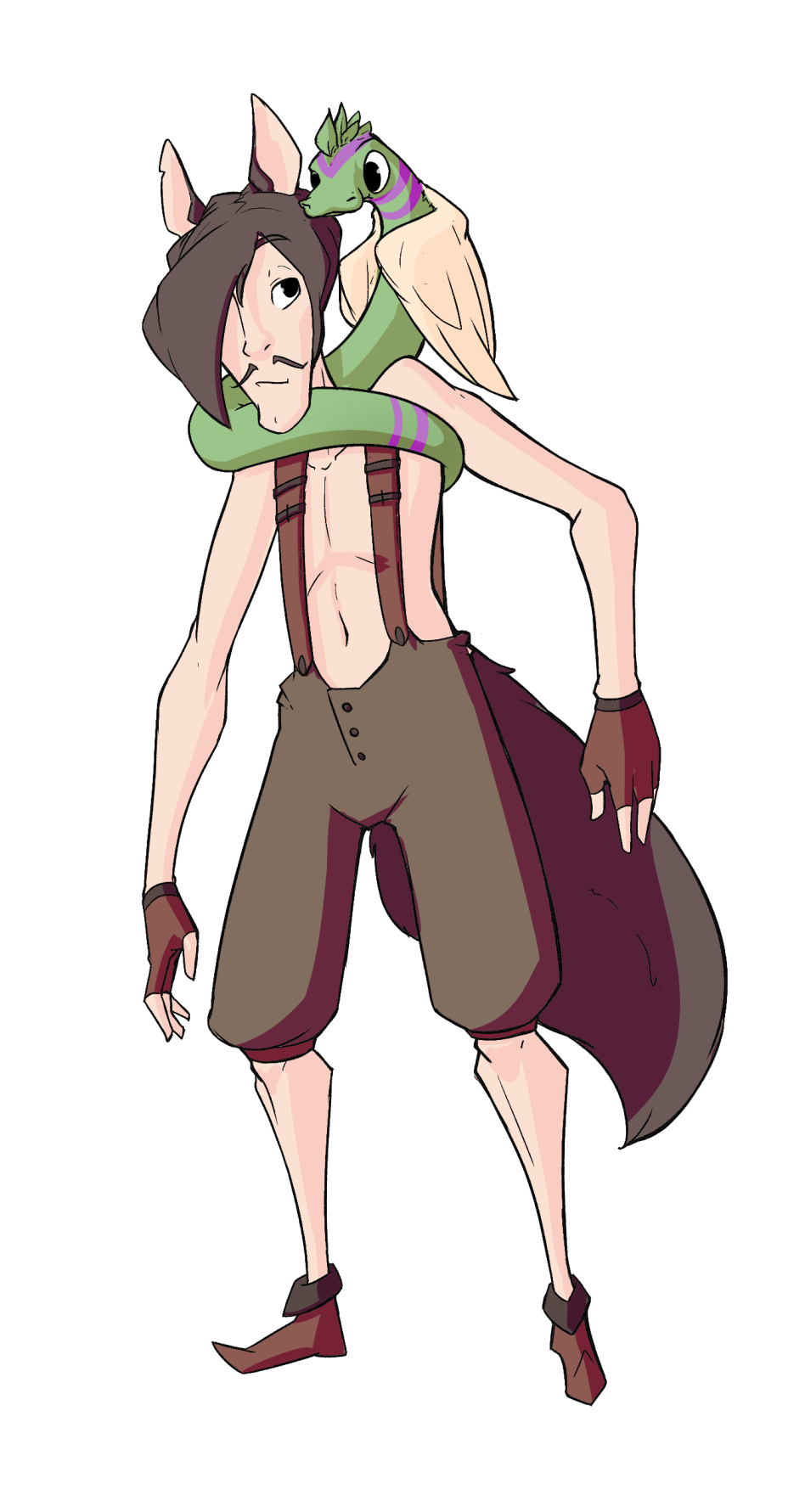 Our tail chaser is Tael 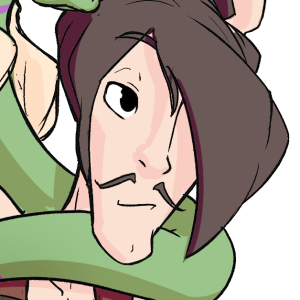 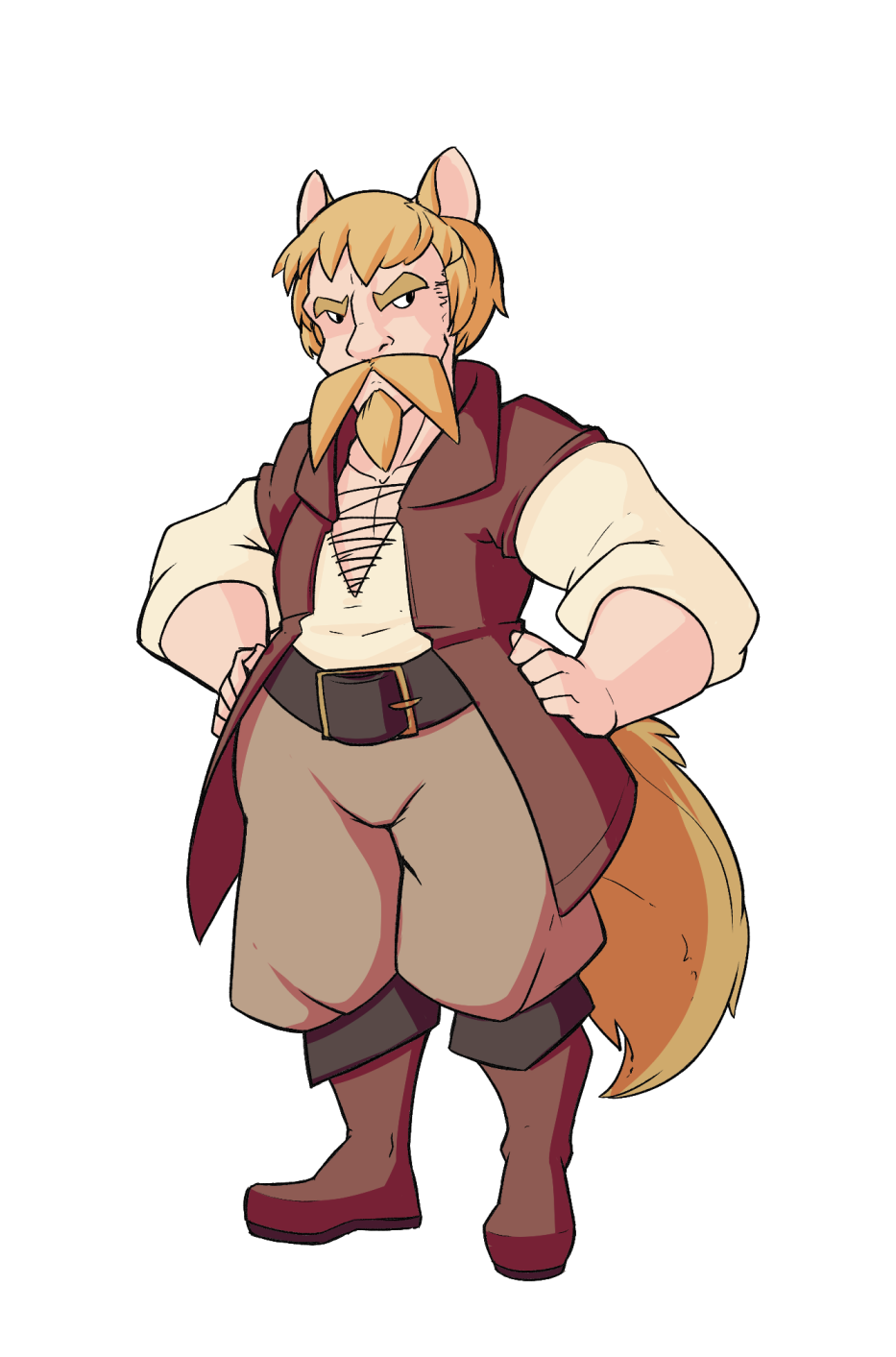 And finally, we have Donk. 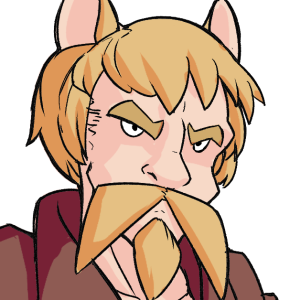 The kids haven’t learned that ignoring the captain is the fastest way to get him to stop making puns. A pleasure to have you back on board Mord.

Wait, back up, I thought Lucia won? Why aren’t you all repressed to hell following her orders?

The issue isn’t as pressing as you think, not this far from the core

Does, does that even count as a pun?

I’m sure once all is accounted for, it absolutely does

Ha, I missed you Loopy!

So the sword said you wanted business? Something going in or out?

We want to get into the city, but the walls are too hard to break through, so we were thinking…

Ya thought we could smuggle you into the heart of Gouda

Smuggling our heroes behind enemy lines would give them plenty of chance to sabotage defense to have the rest of the minions rush into the now open gates. Quite a clever and unique stratagem, effectively using our hero’s raised abilities to negate the advantages of the enemies’ fortification.

I ain’t exactly fond of the mice, but last I checked our ship wasn’t a charity.

We could offer a cut of the spoils,

I’m ‘fraid I’m spoiling on this deal, if I only get paid if you succeed

Red said:
1st of all; stop breaking the fourth wall. 2nd of all; why not just fuck’em?

Oh viewers, if we stopped breaking the fourth wall, then you would have no need for a narrator…

Oh no, say it’s not so! You don’t want to get rid of me do you? Did I do something terribly to offend you? I can change, don’t close the door on my love for you dear reader. Don’t push me back out into the cold rain, with nary a story to tell and not a free drink to be seen. Is it more lewds you want? I can do that, lewds for days!

Master odahga said:
No! Don't stop breaking the fourth wall! but I agree to just fuck them...

Oh thank you Master, I won’t disappoint I swear. Sex scenes will flow like nectar of the sweetest flower.

Hm, I do think that is a smashing Idea

Oh for fucks sake! Nope, I’m out, can’t deal with these bullshit puns!

The fifty kilogram package of kick ass threw herself from her cradle of spite and away from the rampant smut that was moments away from occurring. Mordred follows the little minx, perhaps looking for something a touch softer after the fruits already bequeathed. 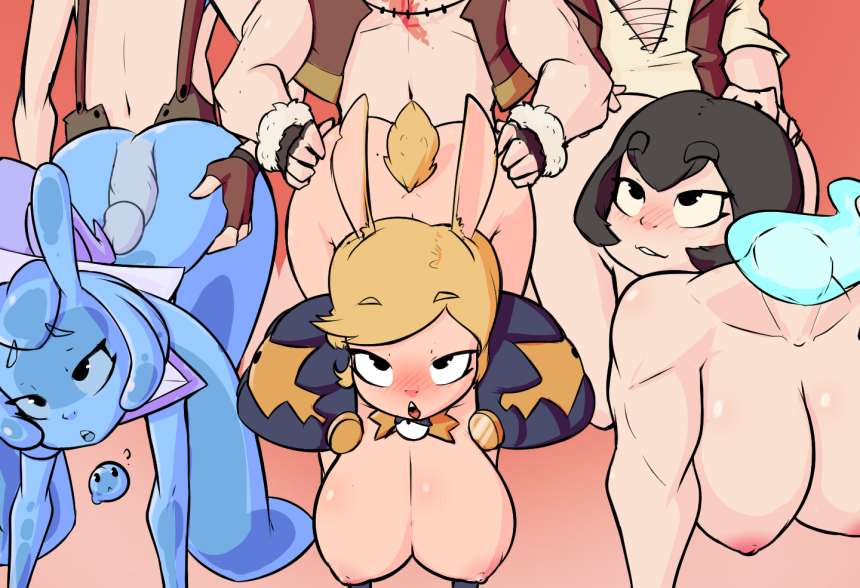 Our wonderfully beautiful heroines got themselves deeply plowed. The shots of pleasure lanced up their spine as their eyes rolled back into their skulls. Deep moans echoed around the main deck, drawing forth more energetic pounding from the men.

Well, that was great,

My team doesn’t know enough about Gouda to get you guys in,

so have a good day

What the FUCK Lupin?!

Well, we don’t know if they have magic sensors or like heavy security….

Say the word, and I shall make an example of this Leech

It doesn’t matter, We have intel Lupin

With a gesture from her small crown, a flickering illusion splays into the air, showing the docks of Gouda. A few workers mill around the location, with nary a ship in sight. 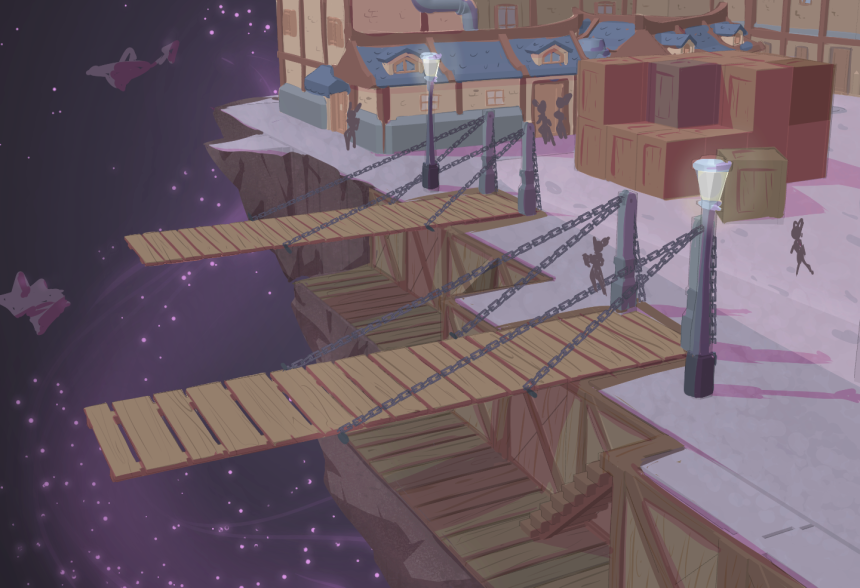 Boss, you are making us look bad. Let’s just help them.

Hey, I’m the captain, yeah? No back talk.

But fine, let’s talk business, how many people do you need us to sneak in?

It depends on our resources. We’ll need to double-check our supplies before giving you any numbers.

Why don’t we fly back to the tower and show them?

I guess we need to go back anyway.

Mordred and the delicious Pudding made their return to find the crew rushing to tie down the last of the cargo. Soon this ship is lifting off and soaring back into the sky. Much shorter than the hike out to meet these smugglers, the trip to return takes far less time than an entire post filled with random encounters. 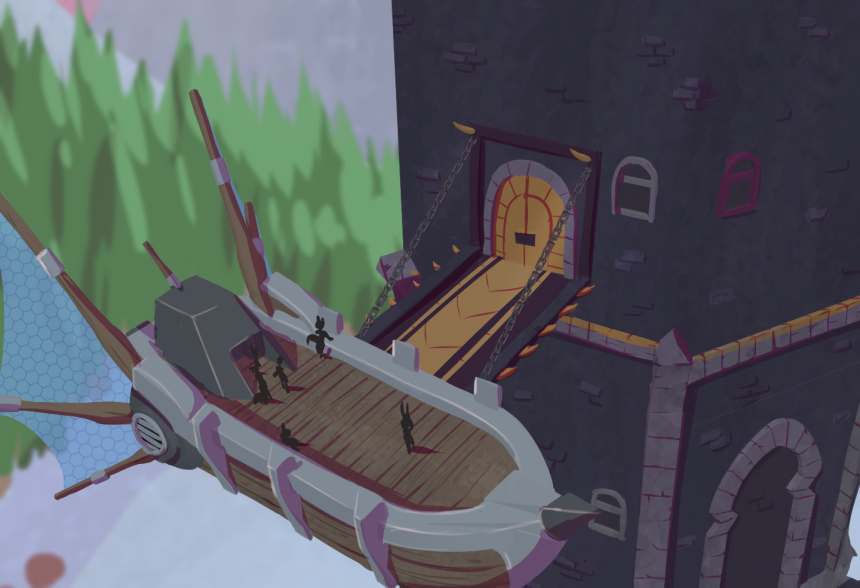 Oh, look! My magnificent tower is growing back to it’s old size!

I’m bringing us into the dock. Tael get the lines ready to anchor us in!

With the sound of wood scraping against the hull, the airship slows to a stop in time for Tael to jump off the vessel and tie it down. The sound of little mushminions cheering and dancing in celebration of the return of their valliant overlord echo up from the ground below. The gate opens into the body of the tower, revealing Lily, and Elgor waiting for the heroines to return. Sightly behind them, several followers are, ahem, enjoying themselves.

Well, this is a very classy base. I like it!

Of course you do.

So what is the status Lily, did we get the Brothel done?

Well, that is very distressing news. For those among our readers not yet fluent in Mushminion, Steve is reporting that the Tower is under attack!

Did the sniper beat us back? Ophelia, what are your orders?

We need to order all our workers back!

We have a hotkey for that. Just let me find it. I need to select my main base and it should be right-

Well, we are under attack! Defend the tower! Send your plans and actions below!