Max said:
Allow the squeezing and ask around to see if anyone else wants to join in as well

N-no! This is already weird enough with only one person! 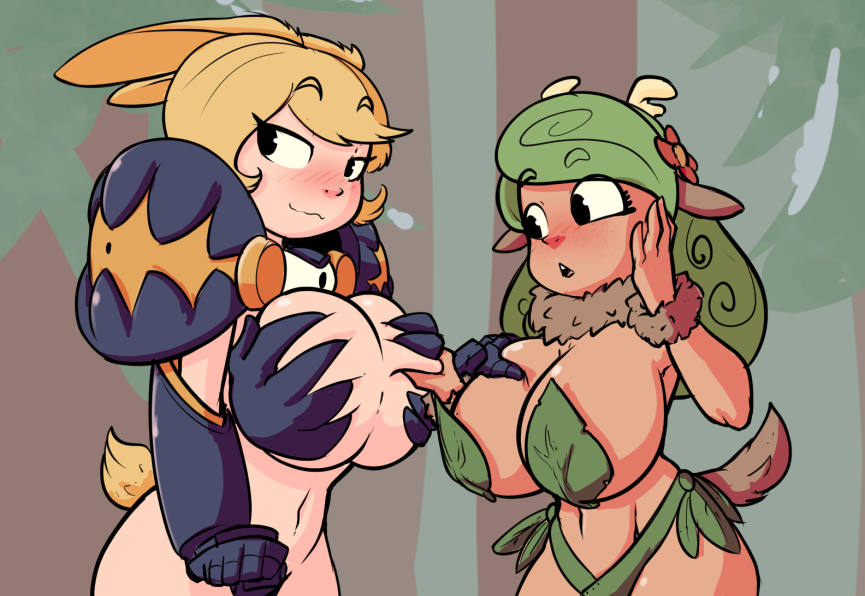 Normal people would shake hands, but this might be even better. 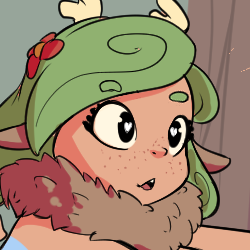 These are definitely the biggest boobs I’ve ever seen!

Genis94 said:
So wait, you're a druid and you know a lot about mushminions, right? So how do we make more of them? We've got enough to pounce a few guards, but if Bleu really comes at us in force...
Knolden said:
Now I wonder how well hung the Mushminions are considering how satisfied the two guard mice look?
Eronas said:
Tell the druid she can squeeze if she'll also give us a demonstration on how to make NEW mushrooms (Knocked up faun druid girl ftw)

Hmm… So, If you’re responsible for these little guys in the forest, do you know how to make more of them? 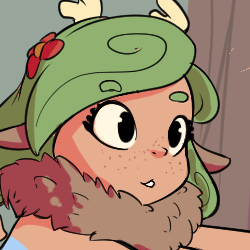 Oh, they need a proper lair to breed in… Dark, moist and underground are usually the main requirements. Obviously they can still have sex without it but they need a place to spread the spores, if you know what I mean.

Well great, now we also need to build houses for them…

It’s all part of the work girl! You gotta keep your troops motivated if you wanna be a good overlord!

It’s great that you’re bonding and all but I think that’s the doggo running toward us.

Shush, just come, I’ve done a lot of work inside you guys have to see it! This place is wonderful!

Such an enormous structure… It must take a massive ammount of energy to power… How does it work?

Oh, good, you’re here as well! Maybe you can help me. You see, that’s exactly the part that stumped me. I’ve repaired the structure around the crystal, but there is no apparent source of magic. Usually we would just use an artifact until the crystal shard exhausted it’s power, but given the way this place is set up there is no way you could replace that thing, especially one as big as that!

Hmmm…. Maybe it uses an external source? I need to examine the magical circuits around it to make sure.

And so the party finally enters the main hall!

Dr. D said:
The gang's all here so lets get to work and repair the castle.

Way ahead of you, mister! Look! 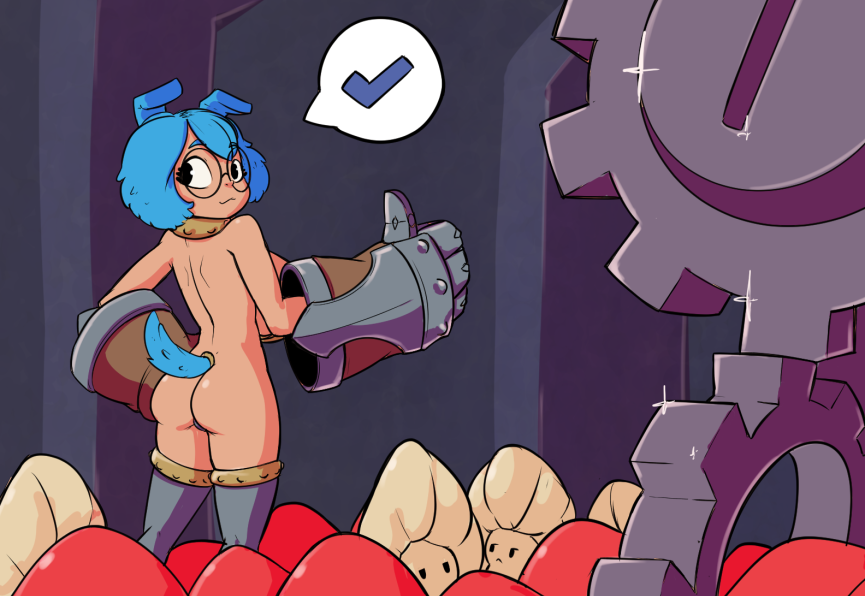 Tadaaa! I had to make the shrooms work overtime, especially because we didn’t have proper materials so we just had to use whatever scrap was lying around the tower…

Duuuude, it’s been a while since I saw the ol’ Hearth!

My glorious tower! It’s all coming back!

Doesn’t it feel a bit… Dead, though?

Well, thanks to our work here, the energy I/O capacity for the magical matrix has been increased and so we can…

Is anyone else completely lost in this conversation?

Lily, Lily stop. I know you really like these things, maybe later you can discuss it with Elgor, but for now we need to know how to make the tower work, can you skip the details?

Well… Let’s see… Even after all I’ve done, the crystal didn’t seem to have enough energy left…

But the doors powered up after these girls showed up… 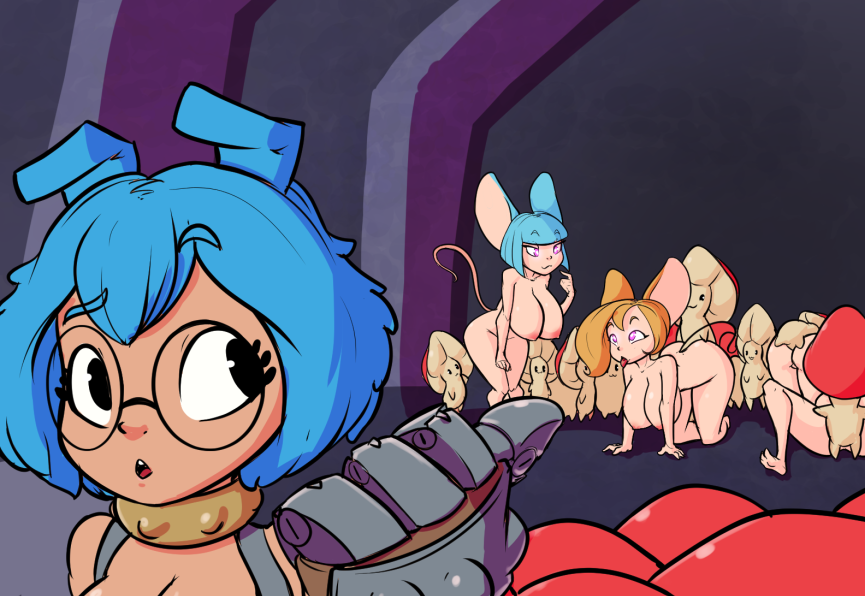 I don’t even know where they came from!

You’re not much better than them, girl…

What the hell, are those the girls from the brothel? How did they even get here?

The overlord’s followers always find their way back to the tower, no matter where they are! It’s just a matter of time.

It just keeps getting better and better…

Is that sarcasm? ‘Cause most people would say more boobs is better than less boobs.

I mean… You’re not wrong…

It’s all a symbiotic relationship! The hearth draws their desires to the surface, and the followers feed the hearth with the Lust Power it requires! Ooh the good old days of overlording!

They also breed new minions for us.

Wait… by breed you mean… The girls just…

How do you think we get more mushminions when they’re all male?

The beautiful chemistry between minion and follower… Poetic, really. 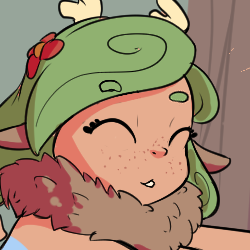 Of course it was going to be like that…

So okay, did you say these doors started working after the girls showed up? 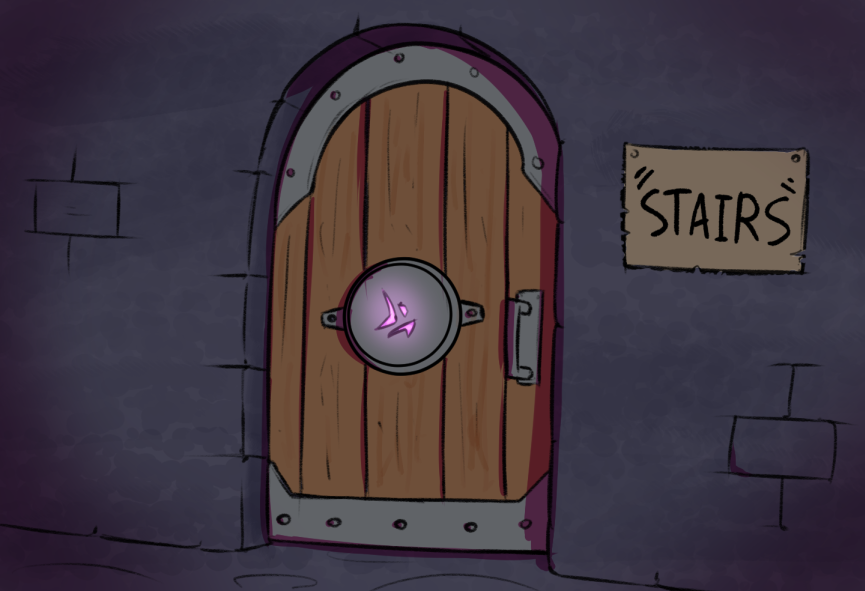 Hmm yeah… Did you have an idea?

Maybe… this crystal… A thing this size could store enough energy to rival even Lucia’s Sun… How did it survive for so long without anyone ever finding it?

Hmm… These runes… It seems the crystal draws power from its vicinity. Some sort of karmic energy from our emotions… Probably.

And by emotions of course you mean…

Well, yeah, I guess it worked for a while when I… did “it”

Don’t you dare make me say it! Yes, I’m talking to you there, on the keyboard!

Ahem… Anyway, it seems it’s outputting a slow stream of energy somehow, but it doesn’t seem to be increasing…

Eronas said:
After a day of relaxation, we REALLY should get to working on expanding the tower right? How do we do that?

Maybe we could jumpstart it with a large amount of energy, but I’m not sure how we would do it.

You know what that means, right, boobs?

So how do the vote buttons work? Because the results were not really seen here?

Also can the dear overlord retract from full armor to just a necklace when needed for sexy fun times? :3

Well, ppl cant seethe result to not affect their decision haha, as devs we can see it, but for viewrs its jsut a chacne to vote for stuff. haha

about hte other question.. yaeh we did it before haha http://ophisquest.com/wp-content/uploads/2018/11/ezgif.com-gif-maker-1.gif

Ah nice, nice. But i meant more that it would be neat to see the results of the button voting when the next page pops up. Not during the voting itself.

oooh i see, hmm good idea , i will try to implement it

Does Mordred’s crowny-thing 👑 do anything special (i.e. stat boost) or is it just for decoration?

well, it gives some light in dark places

Seems like the big event will take place… I’d like to ask some variety to the great artist that creates this cute and refined art, and give to at least one (2 being optimistic) of the girls some sexy pubic hair 😉

I’m so glad I got into this before it got too far along! I’m so excited to see where it goes and what happens! Keep up the amazing work, kupo!

Been a month since last update. Everything going ok?

yeah, next post is big, i took a lot mroe tiem to get the aniamtions done, it will eb out this week for sure

yeah hha, the next one have around 15 images, and a bunch of loop aniamtion