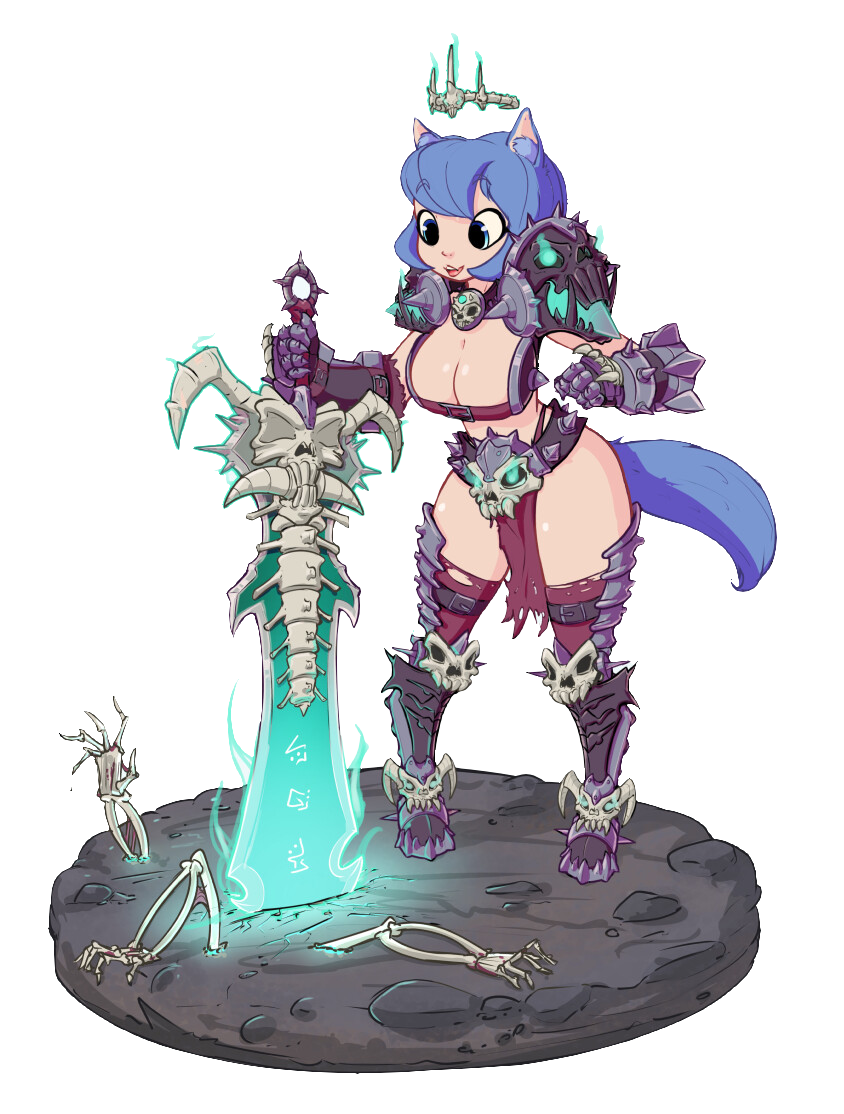 
Mordred has been interested in adventuring since a very young age. As she grew up her grandfather took it upon himself to train her in his ways of combat to better defend herself. She practiced often until his passing. Afterwards she was quick to take up the mantle herself, though she may be a bit airheaded, she ventured forth. Quickly her lack of street smarts had her swindled out of most of her savings and destitute thanks to her love of cookies and luxury bath sessions.

By chance she came across Elgor who was willing to employ her due to her innocent and trustful demeanor, though her puppy dog eyes sure did help. In a very early exploration with Elgor she had discovered Jotariel, She was not able to read any of the markings on the sword, but picked it up because “he just looked cool.”